The Digestive Tract of a Deer

The ruminant digestion system feature a four chambered stomach.  Although many believe that the digestive process begins in the stomach of the animal, it does in fact begin in the mouth.

The tongue, teeth and chewing action begin the initial breakdown of plant material into smaller, manageable particles (less than 1.5″ in length) that can be easily swallowed. Whilst in the mouth enzymes are produced that begin the digestive process by breaking down fats. Enzymes are chemical substances produced by most living organisms that initiate bio-chemical changes.

Most ruminants evolved essentially as prey animals, and their feeding habits dictated that they ‘harvest’ as much food as possible in the shortest possible time, and therefore reducing their exposure time to possible predation by carnivores.

Once the animal has consumed sufficient forage, then it retires into cover where it can regurgitate, chew the cud and then re-ingest the food it has previously eaten to begin the true digestive process in relative safety before the next feeding foray out into the open.

The ruminant stomach occupies around 75% of the abdominal cavity, and represents 30% of the total liveweight of the animal.

Ruminants can be segregated into two distinct categories dictated by the specific feeding types. These are:

The larger species Red, Fallow and Sika) tend to fall into the latter group. However, it is generally accepted that Sika can exhibit feeding characteristics of both categories, and are classed as intermediate, similar to goats, that feed on more woody, fibrous material.

Interestingly, although a smaller animal, the Sika’s ingestive tract is in fact longer than a Red deer’s, no doubt due to the fibrous material needing a longer digestion time.

Concentrate Selectors tend to feed on specific plants that are highly palatable and high in nutritional value, and therefore the digestion process is much more rapid than it is in the grazers. Concentrate Selectors are also called selective browsers, and will regularly seek out the buds, shoots and plant leaf that has the highest proportional food and energy value.

The stomach of the Concentrate Selectors is much smaller in comparison to body size, which is why it needs to rely on quality of feed rather than volume.

Bulk Grazers, although they will naturally eat higher quality feed if it is there, and it can be consumed in relatively large quantities, they show a general feeding preference for monocotyledon plant species such as grasses as opposed to the Concentrate Selectors showing a preference for Dicotyledon plant species such as brassicas and many weed species.

The four chambers in the deer stomach are:

1.  The Rumen – In any ruminant (Cattle, Sheep Deer, Goats etc.) the rumen is the largest section of the stomach. Think of it as a large storage and fermentation vat, with numerous sacs. Various “good” bacteria dwell in the rumen, which digests the feed. In the largest breeds of cattle, it can hold as much as 50 gallons. The internal surface of the rumen is covered in ‘finger-like’ villi, designed to increase surface area (digestive area).

When food is in the rumen, the bacteria digests the fibre, turning it into volatile fatty acids, proteins and B vitamins. Because the rumen boasts a good blood supply, these nutrients are easily absorbed for use by the body. After this part of the digestive process, the “digesta,” as the food is termed, heads to the reticulum. 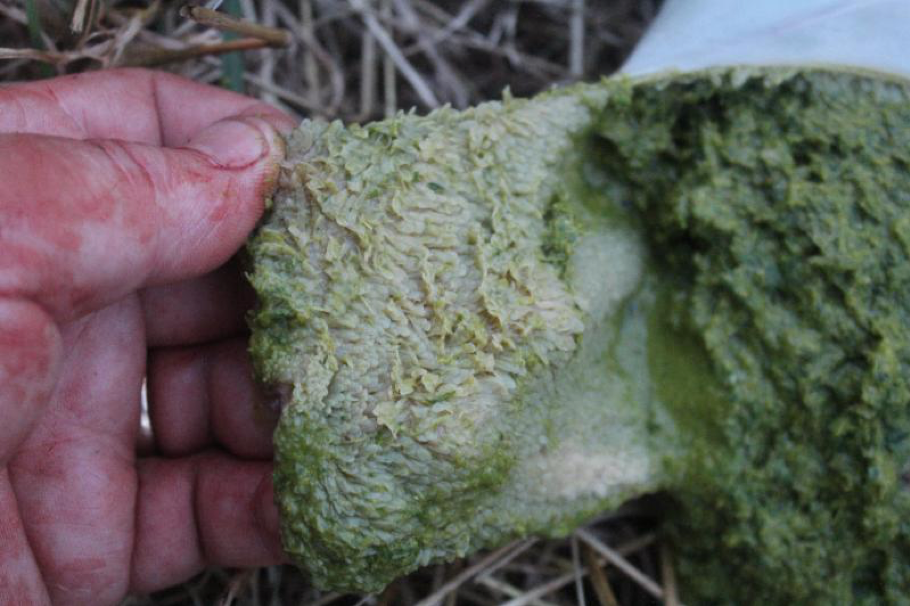 2. The Reticulum –  The internal surface of the reticulum looks like a honeycomb. At the meat counter, it’s sold as tripe. It keeps large, undigested particles from heading further into the stomach, and directs these undigested bits go back to the Rumen for rumination. They are then regurgitated, with the animal chewing them again. This becomes the cud, to which the ruminant adds a lot of saliva. When the cud is sufficiently chewed, it heads back down the esophagus. Objects the animal consumed but shouldn’t have — such as metal or copper boluses — get stopped by the reticulum. Because these metal objects can cause all sorts of damage to the digestive system, it is has been known for farmers might feed their ruminants magnets to keep them in one place. 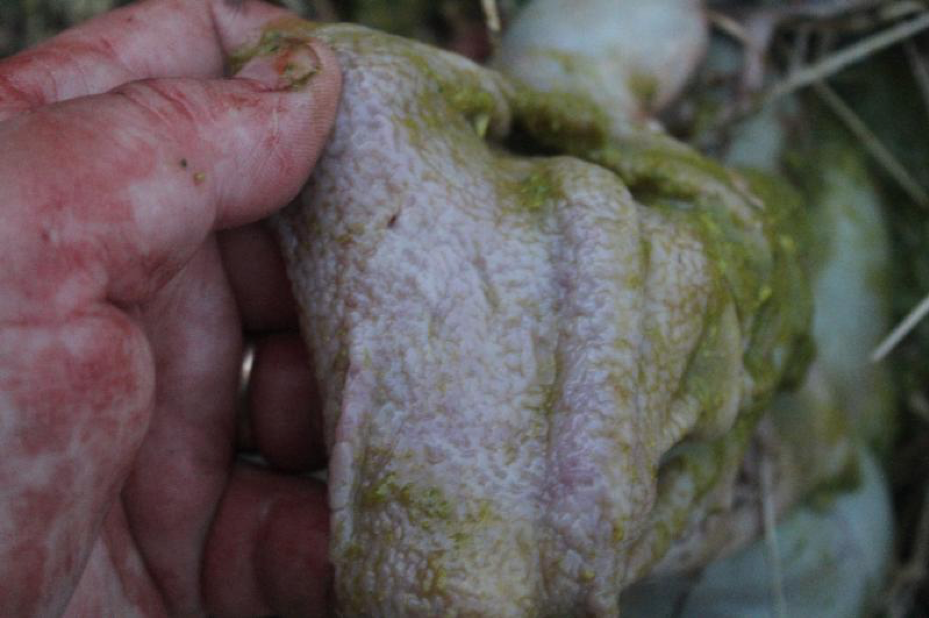 3. The Omasum  –  Also known as the manyplies, or ‘book stomach’, the internal surface of the omasum resembles the pages of a book. Designed again to increase internal surface area it absorbs water, drying out some of the ingested material between its leaf-like structures. 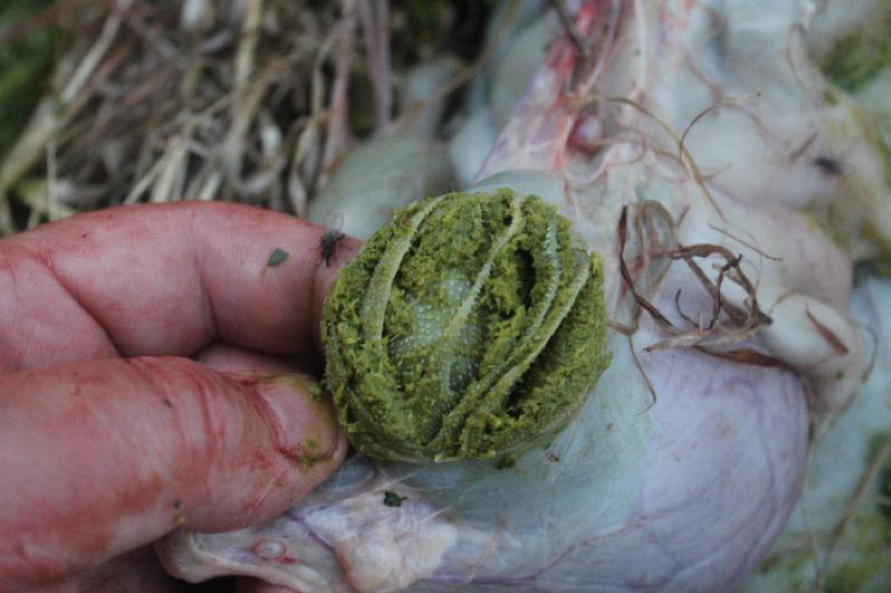 4. The Abomasum  -The abomasum is similar to the monogastric stomachs (as in humans, pigs, dogs etc.) lined with glands and containing digestive enzymes that further break down food. After passing through the abomasum, food exits the rumen system into the small intestine for further nutrient absorption, through the cecum where any previously undigested fibre is broken down, then through the small intestine to the large intestine and out via the rectum. 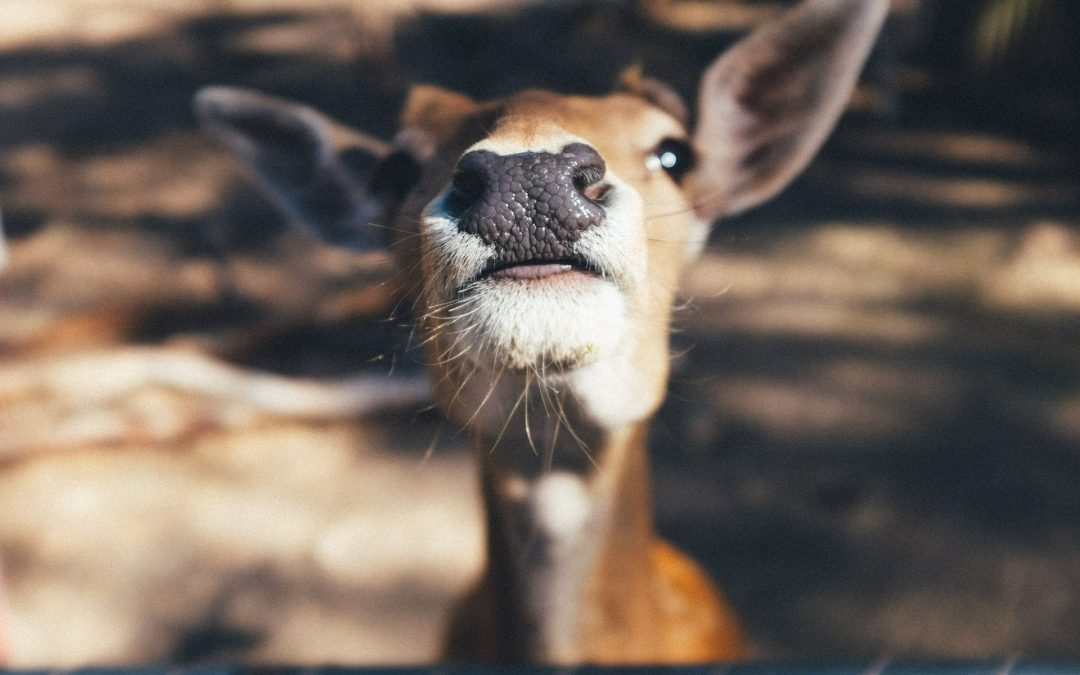 The Importance of Scent to a Deer

Introduction Throughout their evolutionary process deer have essentially developed as a prey species, and this is reflected in their body structure and physiological makeup. Their senses are highly tuned to give them the best chance of evasion and escape from harm....