Many will have gone out deer stalking with normal expectations, after observing a good number of deer in their area in the preceding days, and then returning home disappointed at seeing few if any deer.

As deer stalkers and managers, we are no stranger to these experiences, and many have little indication as to why they should experience an apparent lack of animals on the ground.

To some, the reasons are obvious, but to others, the occurrence may be something of a mystery and result in many wasted hours.

Many deer stalkers – especially newcomers to the sport – are simply unaware of the effects of the wind on deer movement patterns, or how profound it can be.

In the following article, we aim to raise awareness amongst deer stalkers just mow much influence wind strength and direction has on deer presence and movement.

Fear as an influencing factor on flight distance

Firstly we need to understand how fear manifests itself in animals and their likely responses to it.

Animals are not born with fear. They learn it. Initiated by a physiological shift within the animal’s body, fear leads to a psychological response as it interprets the ‘implication’ of the experience.

Fear is learned through unpleasant or frightening experiences. As a prey species, it is important that wild deer experience fear in early life, as this will form the ‘front-line’ defence mechanism that will prepare them for initial escape from danger.

Regular exposure to fear will undoubtedly develop the animal’s fundamental thought process that will determine whether the beast stays where it is, or runs to escape the real or perceived danger.

An animal that fails to learn these basic self-preservation skills will almost certainly die before it reaches maturity.

A deer’s ability to scent is probably the most important quality it needs to detect imminent danger and respond to it accordingly. Hearing and sight are no less important but are both fallible.

All deer – even famed ones – become more nervous in windy weather. The scent of other animals and humans becomes sporadic and unreliable as wind direction changes rapidly – especially in woodlands.

Likewise, as vegetation is continually moving in the wind, then the animal’s ability to detect movement of predators and hunters is severely diminished.

Both Fallow and Roe deer flee at greater distances during stronger winds than occurs in light or little wind.

Their impaired sensory abilities in moderate to stronger winds cause them to become increasingly more nervous in windy weather.

The reason for this is that in increased to powerful winds – especially swirling winds – the animals can detect human or predator scent for possibly only a second or two, and then it has gone again, no doubt making pinpointing the location of danger more difficult.

In such conditions, the animal will become very nervous and run away from what they perceive to be danger – whether it exists or not.

For this reason, stalking success is significantly reduced in windy weather as animal behaviour changes and flight distance increases.

Type and structure of cover

Deer will flee until they reach sufficient cover in which they perceive there to be adequate ‘protection’ or concealment from danger.

Flight distances of deer in woodlands, especially in dense cover are shorter than those in open fields or grassland.

However, during moderate to powerful winds, deer will move further, more rapidly and more often as fear increases.

The subject has been researched by Anders Jarnemo & Camilla Wikenros. They discuss flight distances of radio-collared Red hinds and stags in Sweden in response to hunting, but there is also some reference to wind strength.

It was established that Red deer disturbed through hunting exhibited flight distances of many kilometres, and often didn’t return to the ‘home range’ for several days.

It is likely that similar patterns of movement exist in Roe and Fallow deer in English and Scottish woodlands.

From our own experiences throughout the last 35 years, we are confident that the following average flight distances occur through normal stalking activities in mixed woodland and farmland in England:

*Please note that the above table is in response to normal stalking activities by experienced stalkers. Where stalking activity is careless or haphazard, then flight distances can be increased by over 50%.

Effects of Stalking in Windy Weather

In many cases, it is necessary to stalk deer in all weathers, especially if you are a professional or contract stalker.

However, it is important to be aware of the problems associated with stalking in such conditions:

Deer are normally more nervous and vigilant during the stalking season, even to the point where they will forsake good feeding areas in favour of poorer, but safer feeding areas. In moderate to strong wind, their level of nervousness will increase dramatically.

Flight distances will be much greater than normal and generally reduces sighting opportunities for the stalker.

Deer exposed to stalking activity in woodlands during windy conditions will become more ‘educated’ and vigilant resulting in future stalking in the area becoming less successful.

What Can Stalkers Do to Maximise Success in Windy Weather?

There are several things that deer stalkers can do to improve success rates. The main ones are:

Avoid stalking in moderate to strong winds where possible.

Where stalking is necessary in such conditions, then it is important to keep unnecessary movement to a minimum. Sitting still or using high seats will increase the chances of a successful cull.

When stalking inside woodlands, keep movement to an absolute minimum. If movement through the woodland is necessary, then ensure that distances are short, movement is slow and interspersed with extended periods of observation through 360 degrees.

A recommended strategy is 5 slow paces* and then scan slowly with good binoculars 180 degrees either side of you, and then repeat the process throughout the entire stalk.

(*This method of stalking is recommended at all times, regardless of weather conditions) 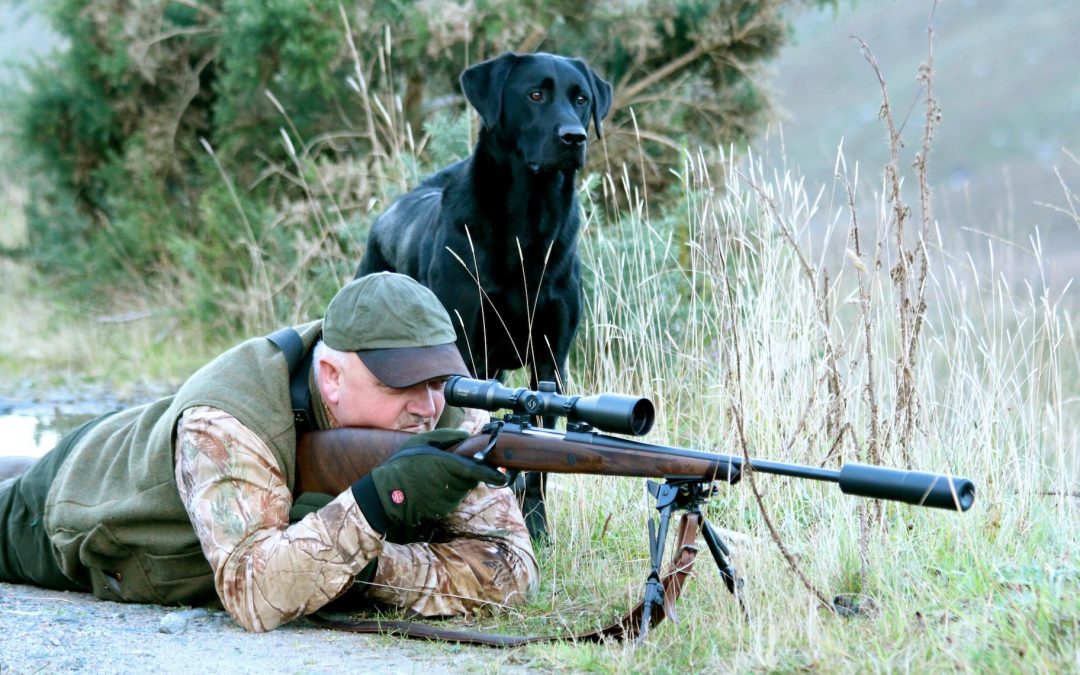 The Need for Extended Open Range Capability In the UK most lowland deer stalking is effected at ranges between 20 and 100m in woodland, and up to 150m in open farmland. In open hill (Highland) situations the average is probably nearer 200m.  For most deer management... 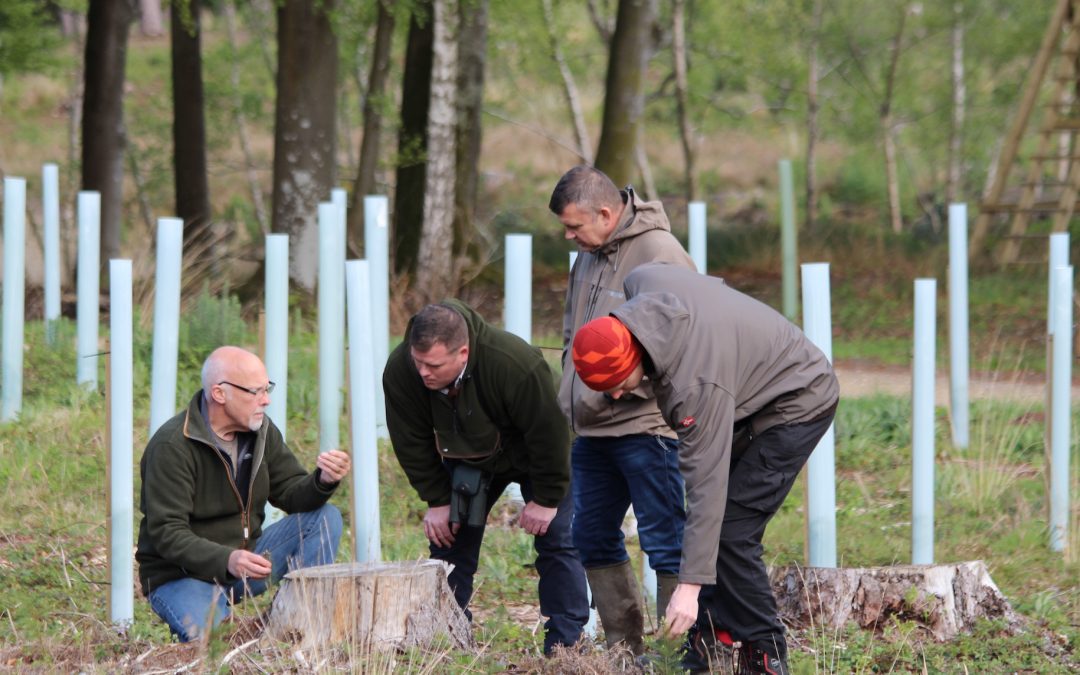 It is a documented fact that wild deer in the UK are out of control in many areas. Achieving effective deer control Whilst there are undoubtedly many estates where deer are controlled to the highest standards, there are many more that are now suffering negative... 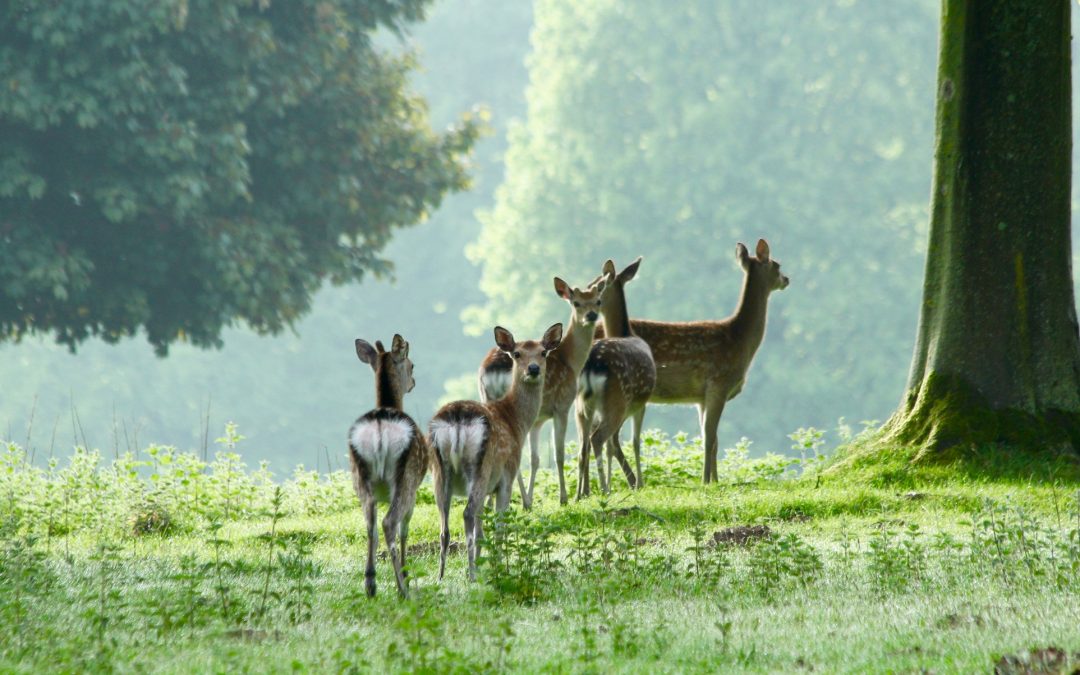 Are All Deer Bad News?

Are all deer bad news?  At a species level, indicative research puts the deer population across England, Wales and Scotland at 2.5 million for 2019. After annual culling of around 300,000 animals, the deer population is therefore still growing at between 4-5 percent...